Golden-winged Warblers (GWWA) are small song birds that are specialist species, requiring “young”, or early-successional forests for breeding. The GWWA’s depend on the conservation and habitat maintenance of breeding areas throughout the Great Lakes Region, including ongoing efforts in Michigan, Minnesota, and Wisconsin. GWWAs have suffered one of the steepest population declines of any North American songbird species, with a decline of more than 3% annually over the last 45 years in some areas of its historic range and disappearing completely from others. This decline is due primarily to habitat loss and land use change, particularly the loss of early successional or “young” forest habitat adjacent to mature forest stands. Other factors contributing to the decline are habitat loss due to suburban sprawl, competition from and hybridization with Blue-winged Warblers, cowbird parasitism, and loss of non-breeding period (winter) habitat in Central and South America.

In the last few years, local bird surveys have shown a strong GWWA population on the Red Lake Reservation and throughout northern Minnesota, where up to 47% of the remaining GWWA population comes to breed, making northern Minnesota and the Red Lake Reservation a conservation priority to maintain this species. Species that also use this habitat for parts of their life cycle include Ruffed Grouse, American Woodcock, White-tailed Deer, Canada Lynx, Bobcat, Black Bear, Gray Wolves and a wide assortment of other songbird and mammalian species.

GWWAs require a diverse habitat in order to complete the summer breeding portion of their annual life cycle. Like American Woodcock, GWWAs nest on the ground in forest openings located next to older deciduous forest stands. Once the chicks have fledged, the parents will move the brood into the mature forest where they will teach their young to forage on various insects (especially leaf-rolling caterpillars) until they leave for their wintering grounds at the end of the summer. GWWAs and associated species use some of the timber harvest sites completed by the Red Lake DNR, but also use habitat created when thick, overgrown brush adjacent to mature forest is strategically cut to create nesting sites while retaining some of the existing trees and shrubs for residual structure.

This winter, American Bird Conservancy and the Red Lake DNR will work to create 400+ acres of early succession GWWA habitat in the brushland/forest interface. Project locations will be near Camp Four Trail and River Road Areas. Winter shearing of over mature alder, willow, and sumac will be done to create the diverse mix of vegetative size and structure required by breeding GWWAs, as well as benefitting other local wildlife species. Heavy equipment work will start when frozen ground conditions are met on the project sites. Frozen ground is required in order to ensure that soil resources are not disturbed or damaged by rutting. (Click the images below to see project areas) 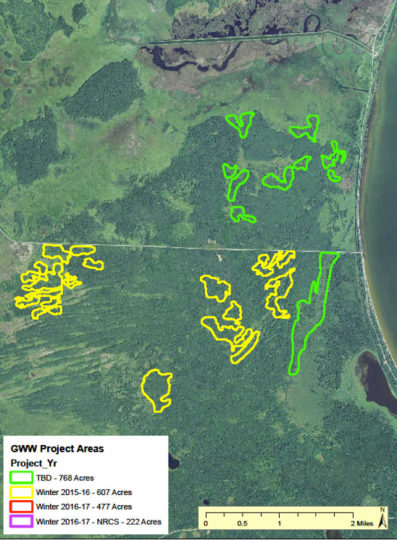 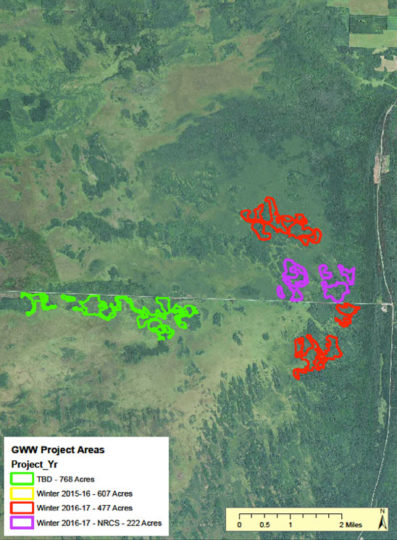 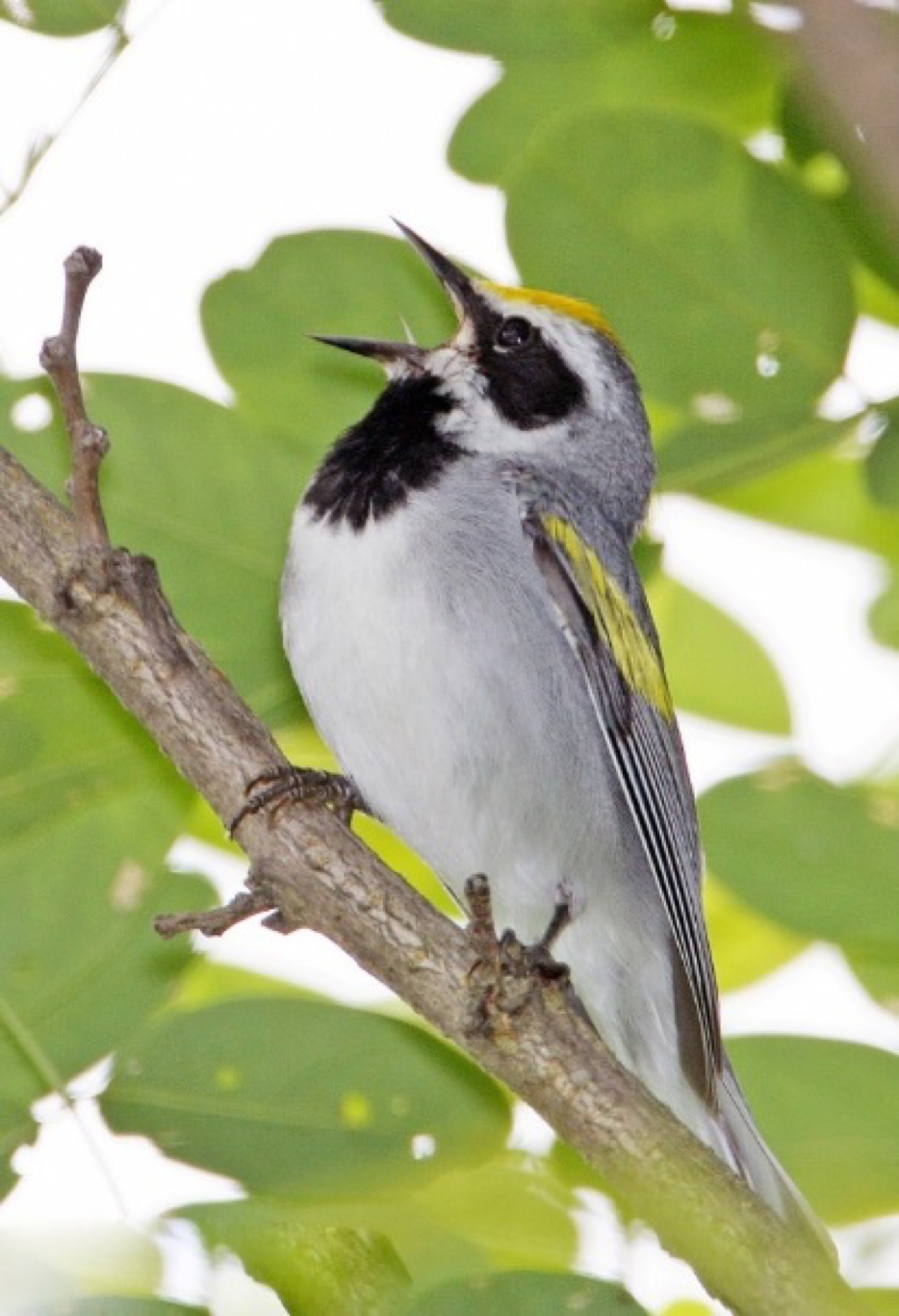 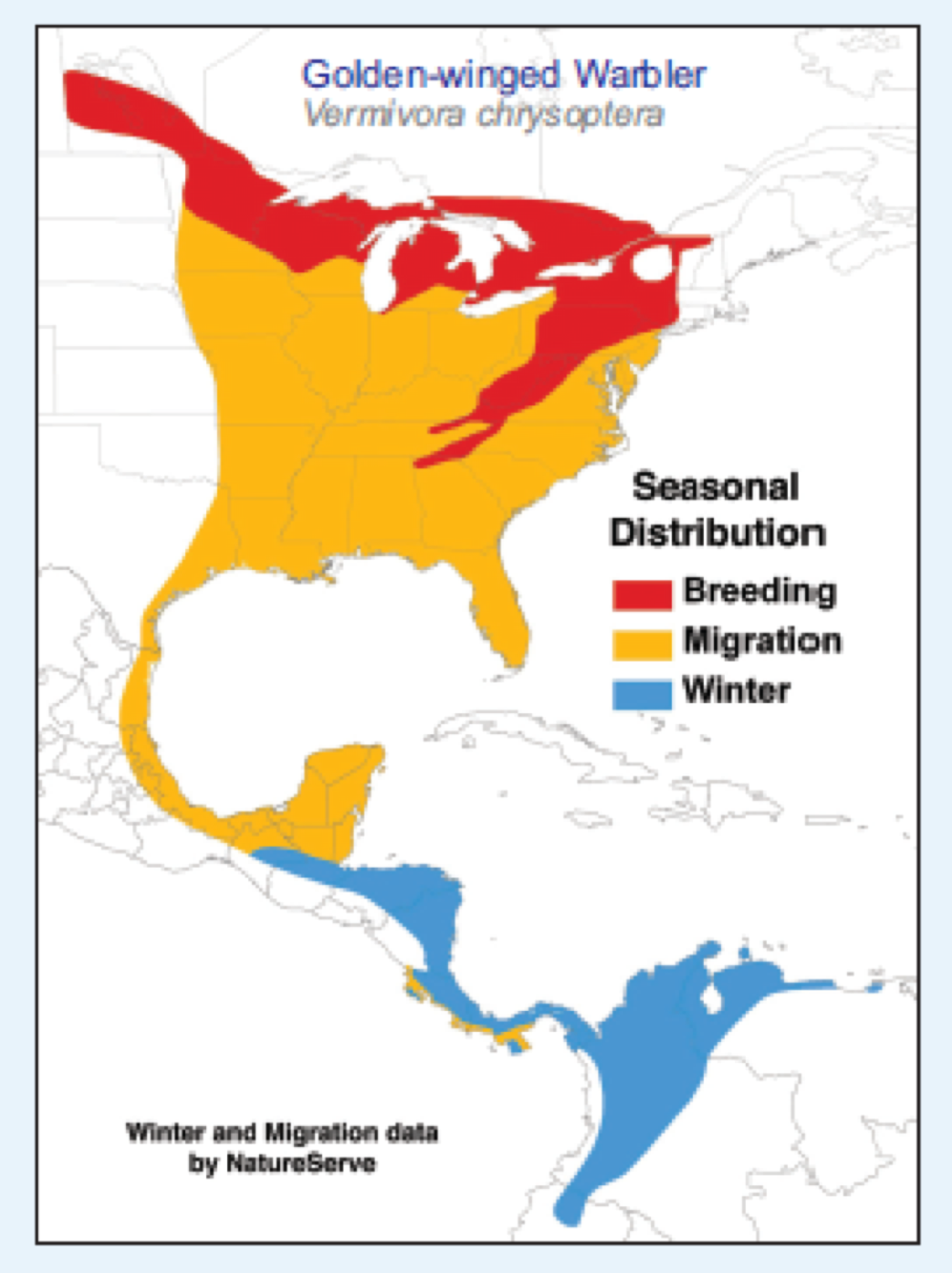