Sandy Lake is a very shallow body of water off the SW corner of Lower Red Lake on the Diminished Reservation. Historically it was an important waterfowl hunting location, but over the years it became almost inaccessible. In 2014, the Wildlife Program seeded 2,000 pounds of wild rice into Sandy Lake. This initial seeding was done to investigate the feasibility of enhancing this small shallow lake for waterfowl and human use. Due to the difficulties of getting a small boat to the lakeshore, an access point for launching boats onto the lake was constructed in 2015. A site was selected to provide the shortest distance and have the least impact to the wetlands and adjacent uplands, and a road, parking area, and access ramp were created near the north end of the lake. Another 2,000 pounds of wild rice were seeded into many areas of the lake to add to the areas already seeded and attempt to establish new stands. Large flocks of waterfowl were observed during seeding activities and waterfowl hunters were very successful during the 2015 season. 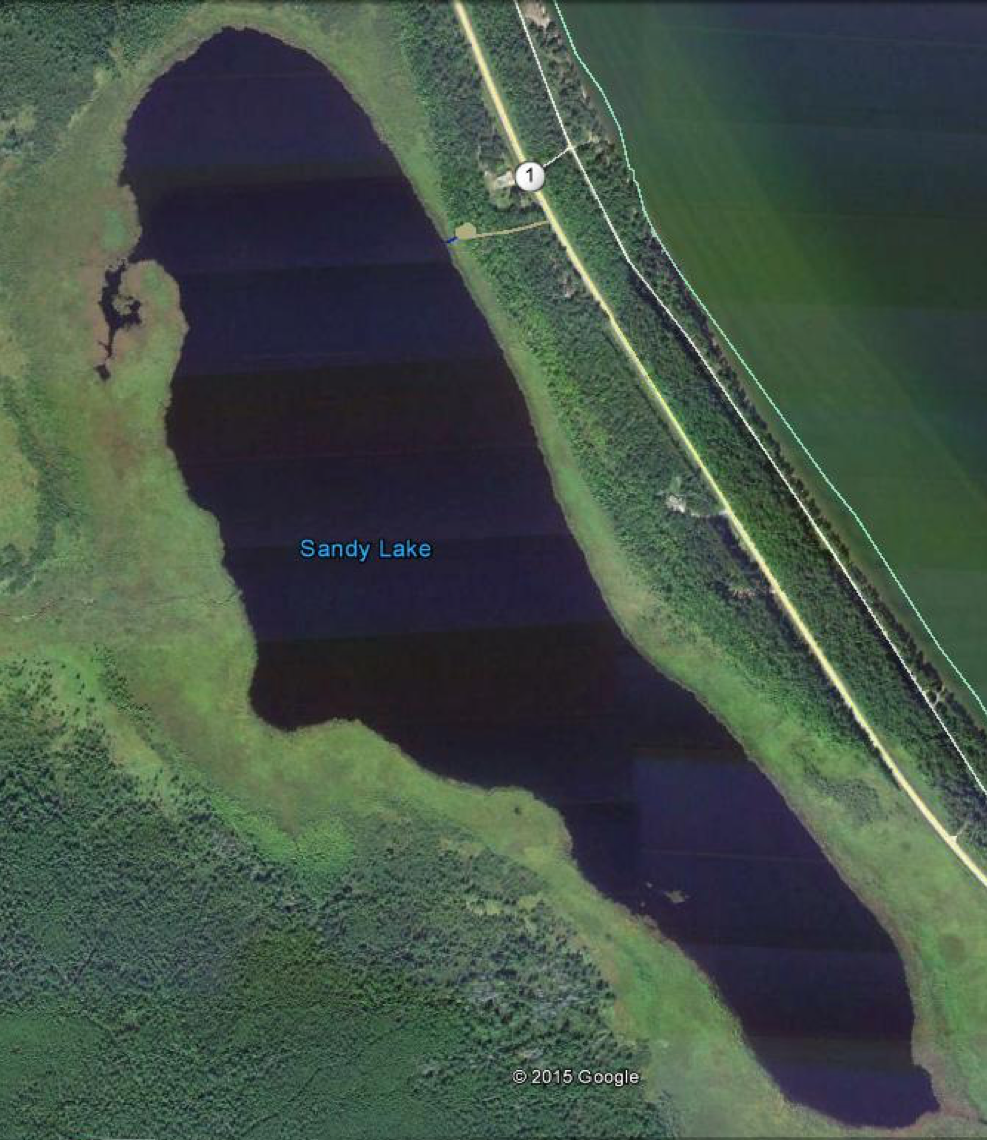 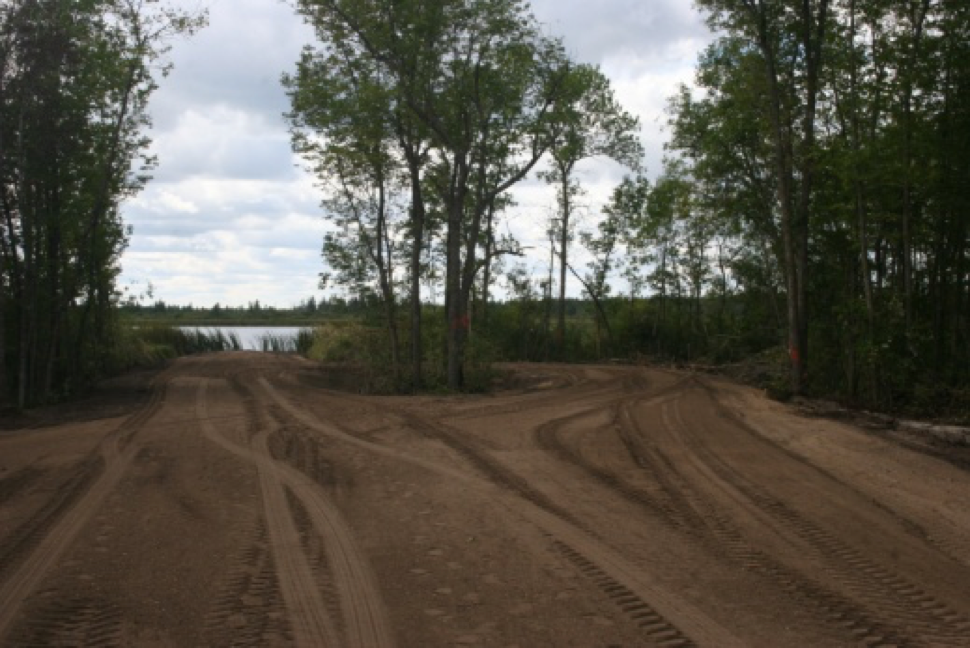