In the late part of the summer of 2008, the Red Lake Department of Natural Resources’ Wildlife Program began activities devoted to locating and determining the number of individual wolves and the number of possible wolf packs utilizing the Red Lake tribal lands of the Diminished Reservation, Ceded Lands, and Northwest Angle. To accomplish this, Wildlife personnel surveyed roads, trails, and other areas on a regular basis throughout the year. In areas that appeared to have relatively high wolf activity, trail cameras were placed to gather more substantial evidence of wolf numbers. During the late summer and early fall, thirty 2.7 mile long surveys were conducted by placing a fatty acid imbedded scent disk in the center of a 3’ diameter circle overnight and any visitors that left tracks were documented (especially wolves). During the winter months, trails and other areas were investigated using snowmobiles or Argos when possible. Because the Great Lakes population of grey wolves has rebounded from when it was considered a danger to livestock and subsequently hunted to almost extinction, they were going to come off of the Endangered Species list in the near future. The end result of this project was the Red Lake Band of Chippewa Indians Gray Wolf Management Plan that was approved by the Tribal Council on September 14, 2010 by Resolution No. 158-10. This plan designated all Red Lake lands a wolf sanctuary and ensured that the tribe responsibly managed the wolves utilizing Red Lake lands once they are officially off the Endangered Species Act and become the responsibility of the Red Lake Band.

The gray wolf population in the Great Lakes Region was removed from the Endangered Species Act in 2012, but put back on the list in December 2014. 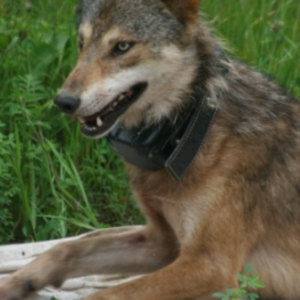 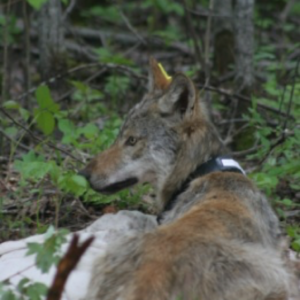 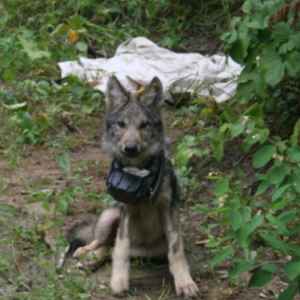 The Wildlife Program started a wolf collaring project in 2013. Padded leg-hold traps were set out with scent and/or bait along known travel lanes. Traps were checked every morning while deployed and any animal captured other than a wolf (raccoon, skunk, porcupine, bears, bobcat, fox, coyote, etc.) were released unharmed. Any wolf captured was sedated, ear-tagged, collared, measured (weight, body measurements, etc.), pictures taken for ID, and a blood sample pulled for genetic analysis before the wolf was given a reversal drug and released. Trapping efforts were not conducted during Red Lake’s deer season to prevent any accidental shootings of trapped wolves.

The collars remained on individual wolves for a few weeks (most of the pups pulled the collars off early) up to almost two years. During that time, the collars were programmed to take a location every four hours to aid in mapping pack territories and sizes, determine travel corridors, and note dispersal and seasonal movements, and habitat use. During the winter months, the collars enabled researchers to locate individuals from the air to obtain pack counts.

Since 2013, 19 individuals in 11 pack areas have been collared on the Diminished Reservation (13), Ceded Lands (3), and the Northwest Angle (3). Those collared included 10 males and 9 females captured and tracked. Preliminary territory sizes vary with habitat, but wolves covered areas as small as 60 sq. mi. up to over 550 sq. mi. (one of our dispersers) with an average of about 236 sq. mi.

One female individual collared near Morrison Lake travelled to Kelliher and back to the Diminished Reservation before setting up a new territory south of the boundary. Two others (a female and a male), collared a year apart along the Narrows Road, travelled around Upper Red Lake. The female continued along the east shore and travelled south to Blackduck before turning around and getting removed (along with two other wolves) by federal trappers near Waskish due to a livestock depredation complaint. The male remained along the north shore of Upper Red and is still alive after the collar he was carrying dropped due to low battery and was recovered. The longest-term collar deployed up at the NW Angle covered a 289 sq. mi. territory before travelling SW to Karlstad, MN and ending up somewhere 62 miles west of the NW Angle in Manitoba (collar quit working). 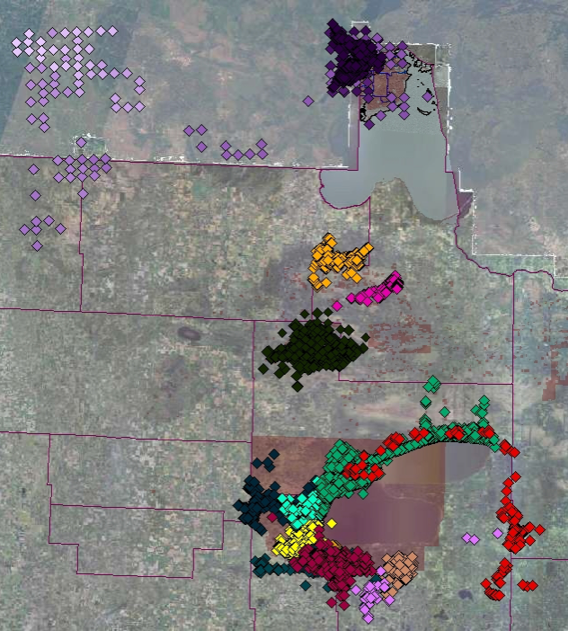